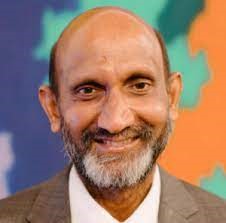 Jagadish is a winner of 2000 Institute of Electrical and Electronics Engineers, Inc (USA) (IEEE) Third Millennium Medal and a Distinguished Lecturer of IEEE Nanotechnology Council (NTC), IEEE Lasers and Electro-Optics Society (LEOS) and IEEE Electron Devices Society (EDS). He has published more than 980+ research papers (700+ journal papers), holds 6 US patents, co-authored a book, co-edited 15 books, guest edited 20 special issues of journals and edited 12 conference proceedings. Jagadish has served as President of the IEEE Nanotechnology Council (2008 and 2009), Vice-President (Publications) of NTC (2004-2005), President-Elect of NTC (2007), Past-President (2010-2011) and Vice-President (Membership and Regional Activities- Asia-Pacific) of the IEEE Lasers and Electro-Optics Society (2006 and 2007) and Vice-President (Finance and Administration) of IEEE Photonics Society (2012-14). He served as an elected member of EDS AdCom (1999-2004), and as Chair of Optoelectronic Devices Technical Committee of EDS (1998-2003) and Vice-President (Publications) of the IEEE Nanotechnology Council (2004-2005). He is a Fellow of the IEEE, the American Physical Society, the Materials Research Society, the Optical Society of America, the Australian Institute of Physics, the Institute of Physics (UK), the Institute of Nanotechnology (UK), SPIE-the International Society for Optical Engineering, Electrochemical Society, the Institution of Engineering and Technology, American Association for Advancement of Science, American Vacuum Society, the Australian Academy of Technological Sciences and Engineering, the Australian Academy of Science, Fellow of The World Academy of Sciences (TWAS), Academecian of the Asia Pacific Academy of Materials, Fellow of the Elecromagnetics Academy and Honorary Member of Materials Research Society of India, a Fellow of the US National Academy of Inventors, an Honorray Fellow of the Indian Academy of Sciences, Foreign Fellow of the Indian National Science Academy, Indian National Academy of Engineering and an international/foreign member of US National Academy of Engineering. Jagadish served as an Associate Editor of the Journal of Nanoscience and Nanotechnology (2001-2005), as an Associate Editor of the IEEE/OSA Journal of Lightwave Technology(2003-2008) and Beilstein Journal of Nanotechnology (2011-2018) and an Editor of IEEE Electron Device Letters (2008-2014). He is currently serving as the Editor-in-Chief of Applied Physics Reviews and has served as EIC of Progress in Quantum Electronics (2016-2019), an Editor of the Journal Semiconductor Technology and Science (2009-). He chaired many conferences (Program Chair of IEEE NANO2003, San Francisco, Co-Chair ICONN 2006, Brisbane, ICONN 2016, Canberra, Co-Chair, IEEE NMDC 2006, 2008, General Chair, IEEE Photonics Society Annual Meeting, 2010, Co-Chair of Materials Research Society Fall 2012 Meeting) and served on many international professional society committees. He advises high tech industries in Australia and overseas in the field of photonics and nanotechnology and collaborated with researchers from 30+ different countries. He received Peter Baume Award (ANU's prestigious and highest award) for excellence in research and research leadership. He has also been awarded Australian Federation Fellowship (2004-2009) and Australian Laureate Fellowship (2009-2014) by the Australian Research Council and Distinguished Professor position (since 2009) by the Australian National University. He received 2010 The Quantum Device Award from the International Symposium on Compound Semiconductors (ISCS). He has been awarded IEEE Photonics Society 2010 Distinguished Service Award, 2011 IEEE Nanotechnology Council Distinguished Service Award, 2010 Top Supervisor Award for excellence in research student supervision by the Australian National University, Peter Baume award from the ANU, 2012 Electronics and Photonics Division award of the Electrochemical Society, Walter Boas Medal from the Australian Institute of Physics in 2013, 2015 IEEE Pioneer in Nanotechnology Award, 2015 IEEE Photonics Society Engineering Achievement Award, 2016 Silver Jubilee International Award from Materials Research Society of India and 2016 Distinguished Fellow of the Chinese Academy of Sciences President's International Fellowship Initiative. He has been appointed as Companion of the Order of Australia (AC) by the Governor General of Australia as part of 2016 Australia Day honours "For eminent service to physics and engineering, particularly in the field of nanotechnology, to education as a leading academic, researcher, author and mentor, and through executive roles with national and international scientific advisory institutions". He has received 2017 Welker Award from ISCS, 2017 IUMRS Somiya Award, 2018 AVS Nanotechnology Recognition Award, 2019 Thomas Ranken Lyle Medal from Australian Academy of Science and Golbal Leadership Award from the President of University of South Florida. 2019 W.H. (Beattie) Steel Medal from the Australian Optical Society and 2019 IEEE Education Award of Electron Devices Society. 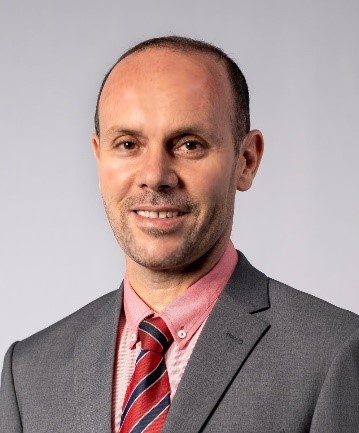 Professor Dr. Saad Mekhilef is a Charted Engineer (CEng) and Fellow of The Institution of Engineering and Technology (IET), and a Senior Member of The Institute of Electrical and Electronics Engineers (IEEE). He is an Associate Editor of various top journals such as IEEE Transactions on Power Electronics and the Journal of Power Electronics. He is a Professor at the Department of Electrical, Faculty of Engineering, University of Malaya, since June 1999. He is currently the Dean of the Faculty of Engineering, and the Director of Power Electronics and Renewable Energy Research Laboratory (PEARL). He authored and co-authored for more than 400 publications in academic journals and proceedings including 253 International Scientific Indexing, ISI publications, and five books with more than 22,500 citations and 74 H-index. A total of 116 Philosophy Doctorate (Ph.D.) and Master Degree candidates have successfully graduated under his supervision. He has filed six Intellectual Property (IP) in his expertise. He is frequently invited as honorary keynote lectures at international conferences, congress, meetings, and symposiums.
Saad Mekhilef has been listed by the Thomson Reuters (Clarivate Analytics) as one of the Highly Cited (Hi.Ci) engineering researchers in the world, and included in the "Thomson Reuters’ The World’s Most Influential Scientific Minds: 2018 and 2019". He is actively involved in industrial consultancy for major corporations in the Power Electronics and Renewable Energy projects. His research interests include Power Conversion Techniques, Control of Power Converters, Maximum Power Point Tracking (MPPT), Renewable Energy, Energy Efficiency, Smart Grid, Microwave and Wireless Technologies.For more information about Dr. Mekhilef, please visit the following link-
https://umexpert.um.edu.my/saad.html 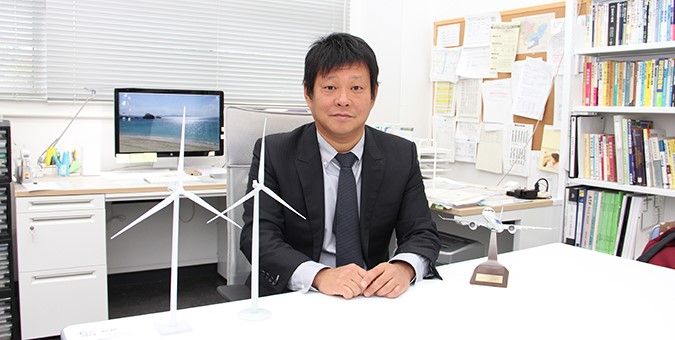 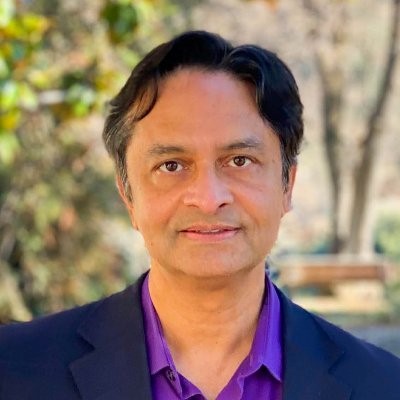 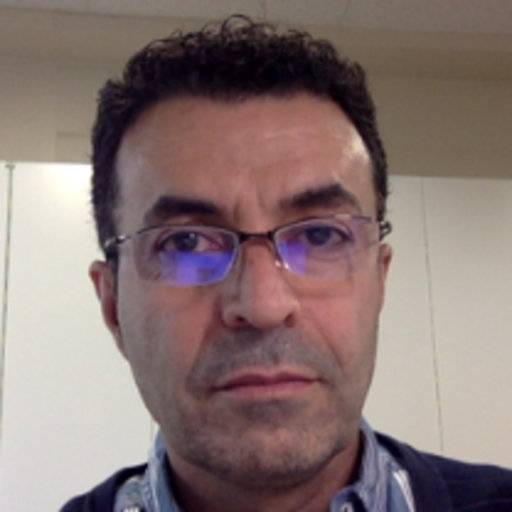 Dr. Hamid Hosano is a Professor of the Biomaterials and Bioelectrics Division, Institute of Industrial Nanomaterials & Graduate School of Science and Technology
Kumamoto University, Japan. For more information about Dr. Hosano, please visit the following link-

Dr. Mohd. Hasan Ali is an Associate Professor at the Electrical and Computer Engineering Department, and leads the Electric Power and Energy Systems (EPES) Laboratory of the University of Memphis, Tennessee, USA. He received his Ph.D. Degree in Electrical and Electronic Engineering from Kitami Institute of Technology, Japan, in 2004. He served as a lecturer in EEE dept. of Rajshahi University of Engineering and Technology (RUET), Bangladesh since 1995 to 2004, and also became an assistant professor at the same university in 2004. Dr. Ali was a Postdoctoral Research Fellow under the Japan Society for the Promotion of Science (JSPS) Program at the Kitami Institute of Technology, Japan, since November 2004 to January 2007. He also worked as a Research Professor in Electrical Engineering Department of Changwon National University, South Korea since February 2007 to December 2007. He was a Postdoctoral Research Fellow with the Electrical and Computer Engineering Department of Ryerson University, Canada, from January 2008 to June 2009. He also worked as a Faculty at the Electrical Engineering Department, University of South Carolina, USA, since July 2009 to August 2011. His main field of interest includes advanced power systems, smart-grid and micro-grid systems, renewable energy systems, energy storage systems, cyber security issues and solutions in modern power grid, and flexible AC transmission systems (FACTS). Dr. Ali is a Senior Member of the IEEE Power and Energy Society (PES). Also, he is the Chair of the PES of the IEEE Memphis Section. For more information, please look at his website of